I Carry Those Most Sacred On My Back – George Littlechild, 2016 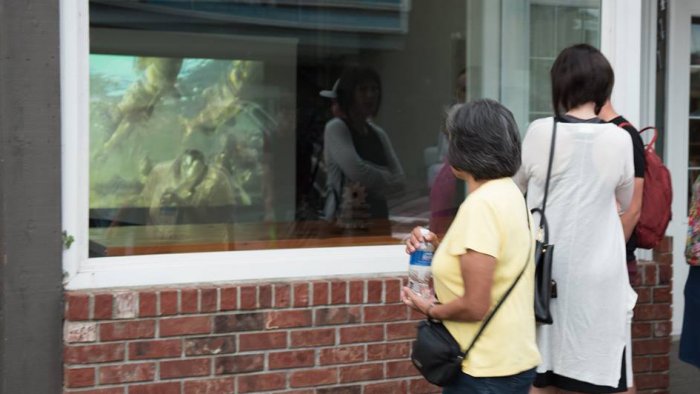 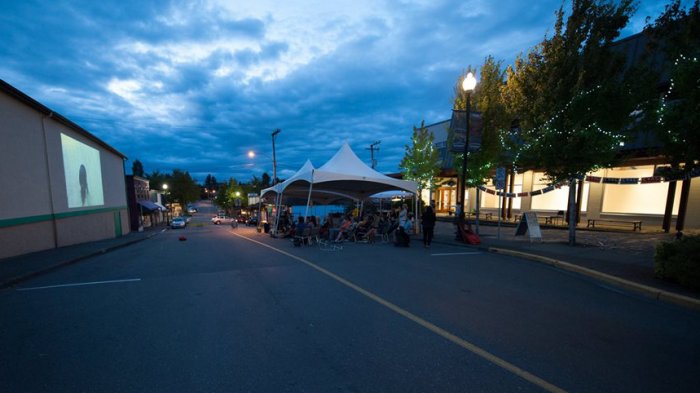 I CARRY THOSE MOST SACRED ON MY BACK

I Carry Those Most Sacred on My Back is a media performance honoring those most sacred – our ancestors. Seven generations of ancestors have been assembled as images and words which are then projected onto my back, projected onto my being. The work embodies a remembrance of ancestral space, time and place, and of those who have brought our being onto this earth plain. To carry, to represent, to honor – is to be in rhythm with the place called ‘home.’ Each ancestor represents a location at a specific time, in a place and of a territory, offering insight into the most sacred of maps – remembrance. The ancestors’ images make visible the bloodlines moving through our lives. Memories are imparted through DNA. Each ancestor is remembered for how they lived, resonated with place and respected home. The visual remembrance explored in this work is that of an accumulative map that reveals the impact of the ancestors lives rather than the land inhabited. In Cree culture it is known that when we stand, our ancestors are behind us, supporting our past, present and future.

Liz Carter is a Vancouver Island artist of First Nations ancestry – whose search for her cultural roots has uncovered a realm of commercial images of the ‘Imaginary Indian’. Liz’s work reveals the determined struggle of the Kwakwaka’wakw culture to carry forward ancient symbols and meanings into a contemporary life. At the symposium, Liz will present a video piece, Containment. This piece ponders overconsumption and excessive production of disposable items and questions priorities. The need for beauty creates a large ecological footprint damaging the basic food sources leading to controlling and over exploitation. The natural migration is contained and sacred space is re-routed or destroyed. The sacred space of the salmon is essential to the well being of all who share reverence and gratitude for the bounty. We are Salmon and water people Carter states, “Born a political child under Government rule, I Lost my culture only to be granted the cultural rights once again but my teachers where lost to me. New teachers arrived and re-appropriations have begun.” Liz will also present as part of the Mapping Sacred Space panel discussion.  Cultural resources are the make-up of cultural diversity.

Framed by a re-writing—a re-righting—of histories, Speaking Outside questions the implications of who is, and has been, historically allowed to speak and in what forms, determining contemporary understandings of history. Collaborative video and performance-based works produced by artists Steven Thomas Davies and Lindsay Katsitsakatste Delaronde make visible Indigenous and women’s voices, confronting the limits and regulations imposed on public spaces and advocating for sites of balanced representation and the acknowledgement of diverse histories and ways of presenting, interpreting and documenting beyond conventionally dominant practices, principles and participants.
Supporting creative research and co-learning, Speaking Outside provides opportunity for increased collaboration and conversation across the Vancouver Island region and ensures the inclusion of multiple voices through the layered roles and responsibilities of collective methods. The significance of presenting Speaking Outside in two distinct outdoor locations—Victoria and Courtenay—reiterates the subjectivity of public space and calls to question the manner within which knowledge is “written” in differing contexts.

Generously supported by the BC Arts Council.

WRITTEN IN MY BLOOD

Victoria-based filmmaker of Coast Salish (Snuneymuxw) and European ancestry, Steven Thomas Davies’ practice is collaborative and community driven with a focus on stories that promote underrepresented perspectives and foster greater understanding. Steven’s new video, Written In My Blood, is a non-narrative exploration honouring the importance, practices and histories of Indigenous women that have been obscured by colonial agendas and records. Written In My Blood is a collaborative film featuring choreography and performance by contemporary Aboriginal dancer Jeanette Kotowich (Cree Métis) accompanied by a remix by DJ Dean Hunt (Heiltsuk Nation). In this ode to the matriarch, a contemporary Indigenous woman in a colonial city transcends to the wilderness and back. Jeanette’s choreography is derived from deep listening and reverence for the land using breath, impulse and instinct to unravel and honour the moment.

Multi-disciplinary artist Lindsay Katsitsakatste Delaronde is an Iroquois/Mohawk woman born and raised on the Kahnawake reservation and currently based in Victoria. Her work manifests relationships between Aboriginals and non-Aboriginals and inter-cultural respect amongst allies, nation-to-nation. Lindsay uses Indigenous sacred teachings and spiritual principles of understanding such as respect, love, humility, unity and within her artwork, with the goal to become a conduit of presence in the creative process to visually create art using imagery, materials, tools and processes. She works collaboratively with community members and depict Indigenous narratives while embracing the beauty and respect she has for culture.

For the symposium, Lindsay will present video documentation of Bondage, a choreographed dance performance at Ogden Point in Victoria, performed by herself and Margaret Briere (Migmaw Nation), Erynne Gilpin (Anishnnabe), Karen Whetung (Anishnnabe) and Naomi Kennedy (mixed European ancestry), that transmutes the oppression and colonial history of the people and land through body movements and dance. It is a story that embraces the power of the human spirit. Bondage is a collaborative work bringing together multiple narratives, personalities and experiences, co- creating a new narrative that is reflective of our multi-cultural experiences on this territory of the Coast Salish peoples.

Toby Lawrence is a curator and writer of mixed European ancestry currently based on Gabriola Island. Her curatorial work explores models founded in dialogue, reciprocity and uninhibited access, acknowledging the significance of art and curatorship as locations of cross-cultural, cross-gender and cross-generational learning and empathy. The sustained relevance of these practices and their relation to each other clearly directs our attention beyond the confines of the gallery space, and the art itself. In thinking about these relationships, Toby is compelled by the pedagogical potential of occupying public space through art. Working as a curator in independent and collaborative capacities, and through positions with the Vancouver Art Gallery, Art Gallery of Greater Victoria and Nanaimo Art Gallery, she has produced exhibitions and written contributions that challenge hierarchical privileges and advocate for representational equity. For MAP, Toby has curated Speaking Outside, the Friday night screening/site-based installation involving artists Steven Thomas Davies and Lindsay Katsitsakatste Delaronde. She will participate in the Panel Discussion: Mapping Sacred Space.